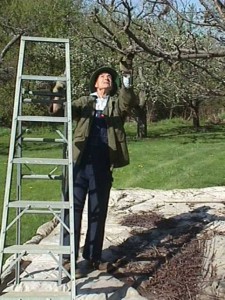 Today, the monks of St. Procopius Abbey say “Bon voyage!” to their confrere Joseph Vesely, O.S.B. After 92 years on this planet, Brother Joe goes home to the Father’s house.

Ever since I began my association with the monastery as an oblate, I always looked up to Brother Joe. He was not very talkative, but always wore a placid, welcoming smile on his face. He was not highly educated, in a worldly way, but you sensed that he carried within himself a deep knowledge of God. He was my picture of a “true monk.”

Some years ago when he had one of his many leg surgeries—his knees were replaced and then broke his leg in an accident—he found himself more or less confined indoors. Being an active man, serving in the carpentry shop, managing the refectory and the apple orchard, Brother Joe loved being outside and doing things. I visited him during his convalescence and gave him a book entitled Scratching the Woodchuck, a charming little collection of reflections and observations of life on an Amish farm. I thought it would transport him outdoors, if only in his imagination. I saw him at an oblate meeting shortly afterward and he told me he enjoyed reading the book, but it was going slowly because he couldn’t neglect his lectio divina. Brother Joe always had his priorities straight.

END_OF_DOCUMENT_TOKEN_TO_BE_REPLACED

Chesty stands on the door step of Home of the Commandants during the puppy’s visit to Marine Barracks Washington, D.C., Feb. 14.

Chesty, a 9-week-old pedigree English bulldog is soon to become the future Marine Corps mascot after the completion of obedience and recruit training with a ceremony scheduled for March 29.

After completing training, the young puppy will earn the title Marine joining the ranks of his well-known predecessors.

I hope he didn’t piddle on the Commandant’s shoes. That could be a career ender! His predecessor went after the Sec Def’s dog while on parade. Good boy! 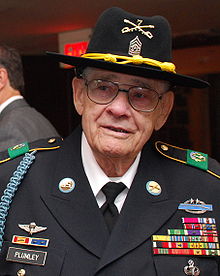 Contrary to what some of our leaders and fellow countrymen would like to believe, we live in a dangerous world. Thank God there are men like CSM Plumley who understand, and are willing to do something about it. General Custer would be proud!

Say a prayer for him, and for all our servicemen and women.